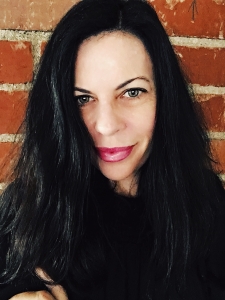 Hi, welcome to my website. This is the spot where I’m to tell you a little about myself. I’m a single mother, a writer, and a work in progress… just like this website.

Studio City Mom began in 2008 during a time when my career as a television and film writer came to a loud, screeching halt. I had enjoyed twenty years as a working writer but suddenly it looked as though my career was over. Being a struggling artist can be sexy when you’re young and on your own but when you’re hitting your forties and have a child depending on you to keep a roof over her head and food on the table… well, being unemployed was not only unattractive it was terrifying. One of the things that kept me going was my weekly Studio City Mom column. It forced me to write and share openly, without shame, life as I knew it – one column at a time. It hit a chord with viewers and soon became the number one column for Studio City Patch.  My readers went on a journey with me and when the day came that my period of unemployment ended my readers were there with me, celebrating, cheering me on and finding hope in my story.  I am forever grateful.

If you’re an old friend you already know a lot about me but if you’re a new visitor here’s a little info. I was born in New York City and raised in Los Angeles. I’m a graduate from NYU Tisch School of the Arts Dramatic Writing program. My television and feature credits include; Son-in-Law,  Californication, Gary Unmarried,  Unbreak My Heart: The Toni Braxton Story, and After (based on the best selling YA novel by Anna Todd).  I had three amazing seasons as a writer/co-producer of the hit comedy, Two and a Half Men and have had the absolute honor and joy of being writer and co-executive producer of Chuck Lorre’s baby, MOM. A show about a struggling single mom in recovery with a single mom in recovery… I suppose you can say I was completely at home.

My feature film, Mr. Church (originally titled, Cook), starring Eddie Murphy and Britt Robertson,  is a personal story based on a real friendship from my life. It was a script that took over 10 years to get made… and worth every bit of the journey to get there. Directed by the incredible, Bruce Beresford, Mr. Church was released in theaters in 2016 and is now available on Amazon, iTunes, Netflix and just about everywhere else (I still pinch myself when I see people tweet pictures of themselves watching it on airplanes!).

My self-published book, Understanding the Fall, tells the story of a child living with an alcoholic parent and is based on my experience of growing up with an alcoholic mother. It was featured on The Dr. Drew Show and has been performed on stages in New York and Los Angeles. It was also number 1 on Amazon in the recovery  section and I donate the book to rehabs and juvenile halls all across the United States. 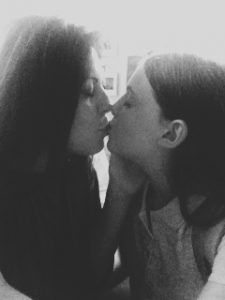 However, none of this means anything without the most important gift I have been blessed with — my beautiful daughter, Hannah.  Being her mother is by far the best story I will ever know.

Life is in the moments… I write about them.